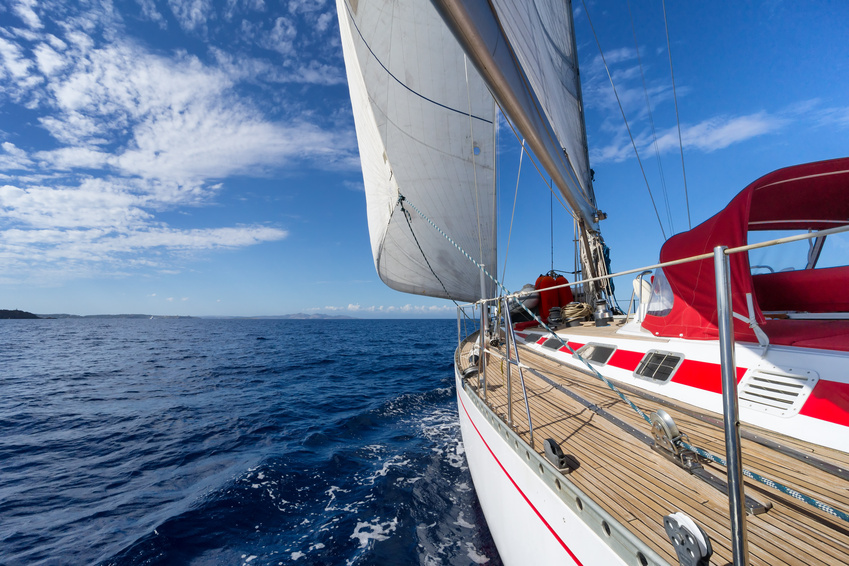 Designers and manufacturers of yachts know that yachts and superyacht purchases are driven by the allure of exciting, innovative and new technologies. Many yacht designers and manufacturers are testing out some great new concepts and technologies when building their yachts that make sailing simpler, faster, safer and more enjoyable. Many are also planning to include them in a commercial way from the middle of 2015, and these may change the Volvo Ocean Race as we now know it.  Let’s take a look at some of these exciting developments.

No More Rolling!
Dutch boat manufacturers DMS Holland are offering a revolutionary concept of a zero-speedrotor swing. This new technology will help in totally eliminating rolling when the yacht is either sailing, stationary or anchored. This new system is called the rotor swing roll damping system, and the company engineers started the initial study and analysis in the middle of 2014.This system will use rapidly rotating cylinders instead of normal fins.
When the yacht is in motion, these cylinders will generate an upward or a downward force depending on the direction of rotation of the rotor. To completely dampen the rolling phenomenon, the rotors swing from front to back. The rotor performs this swinging movement while it continues to rotate around their axis.
DMS Holland have already started testing the technology and have achieved encouraging results. In the beginning of 2015, DMS Holland is planning to complete the first installation of this roll damping system in the summer of 2015 on a classic 27-meter Turkey-based yacht.

Super Electricity for Super Yachts
Piet Brouwer Electro Technology has completed the testing of its new electrical system concept called the Active Harmonic Filter (AHF). This filter has been made possible by the adoption of modern rectifier technology. This concept has proven to be highly effective in providing stable on-board power supply that completely eliminates harmonic interference during the running of the sail.
Piet Brouwer Electrotechnology are planning to fit this electrical system in super yachts such as the Ladydee, which is 47-meters long, in the beginning of 2015. They have already signed the contracts with the manufacturer of this super yacht, the Turkey-based Vicem Yachts.

To the Shallow End!
U.K-based Green Marine has revealed an innovative performance cruising sloop hull that is made completely out of carbon fiber composites. The company is planning to deliver the first version of this yacht to the client in the June of 2015. One of the main features of this yacht is its ability to access shallow waters and anchorages. This design may also be expected to be part of yachts participating in the Volvo Ocean Race.

watch and hear more about Volvo Ocean Race, yachting and other ocean stuff